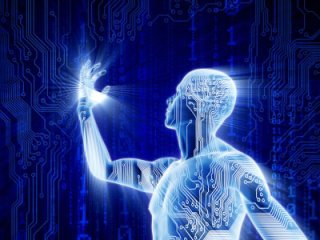 I was talking to someone the other day about Transhumanism and a question was raised… How will the WHOLE world and its population fit into this paradigm? How can the cost be justified? Will it include EVERYONE?

Well, perhaps the answer is NO! All of this transhumanism will NOT be for us plebs, but for the elite once they have reduced the population. That may well be the plan? It won’t need huge costs of infrastructure, as it won’t need to have the current population enhanced….Is that the plan??? How will a possible war on humanity give rise to the superhuman race?

Are humans the enemy? Should pigs and peas have constitutional rights? The War on Humans is a 31-minute documentary that critiques growing efforts to disparage the value of humans in the name of saving the planet. The documentary investigates the views of anti-human activists who want to grant legal rights to animals, plants, and “Mother Earth,” and who want to reduce the human population by up to 90%. The video features Discovery Institute Senior Fellow Wesley J. Smith, author of a companion e-book with the same title.

According to Smith, if the anti-human activists have their way, it will be the end of civilized society as we know it. Valuable natural resources from oil to land could be placed permanently off limits for human use. Farmers could be held criminally liable for plowing new fields if it caused the deaths of rodents, snakes, and even weeds. Hydroelectric projects to bring power to villages in Africa could be shut down because they violated the right of rivers to run freely.

In short, in the name of giving nature rights, humans will be made to suffer on a massive scale. And those who suffer the most will likely be those who are already the world’s poorest and most vulnerable people. [source]

Now here’s another trailer from a film called “Inhuman – The Next & Final Phase of Man is Here” by Tom Horn. He thinks outside of the box, but he is well researched and he brings up some interesting points to consider:

Inhuman: The Next and Final Phase of Man is Here is not fiction or a mockudrama but a new investigative documentary from the internationally acclaimed Defender Films and Raiders News team. Inhuman travels the globe to unveil for the first time how breakthrough advances in science, technology, and philosophy—including cybernetics, bioengineering, nanotechnology, machine intelligence, and synthetic biology—are poised to create mind-boggling game-changes to everything we have known until now about Homo sapiens. As astonishing technological developments push the frontiers of humanity toward far-reaching morphological transformation (which promises in the very near future to redefine what it means to be human), an intellectual and fast-growing cultural movement known as transhumanism intends the use of these powerful new fields of science and technology as tools that will radically redesign our minds, our memories, our physiology, our offspring, and even perhaps—as Joel Garreau, Lincoln Professor of Law, claims—our immortal souls. The technological, cultural, and metaphysical shift now underway unapologetically forecasts a near future dominated by this new species of unrecognizably superior humans, and applications under study now to make this dream a reality are being funded by thousands of government and private research facilities around the world.
As viewers will learn, this includes rewriting human DNA, combining human genetics with beasts, and interfacing our brains with strong artificial intelligence systems.
As a result, new modes of perception between things visible and invisible are expected to challenge bioethics in ways that are historically, sociologically and theologically unprecedented. Without comprehending what is quickly approaching in related disciplines of research and development, vast numbers of individuals could soon be paralyzed by the most fantastic—and far-reaching—implications. The destiny of each individual—as well as the future of their families—depends on their knowledge of this new paradigm, an unprecedented time in earth’s history already being called the “Hybrid Age.”
Featuring (partial list):

I really do think that the world as we know it is on a precipice of something bigger than we can ever imagine. I am just sharing the information as I come upon it, and I know that in the future this topic will garner a lot more interest and shift from being on the fringe to being much more mainstream. Time will prove me wrong I guess.

Again, if you have any other information for me, please feel free to share to help keep other people informed.